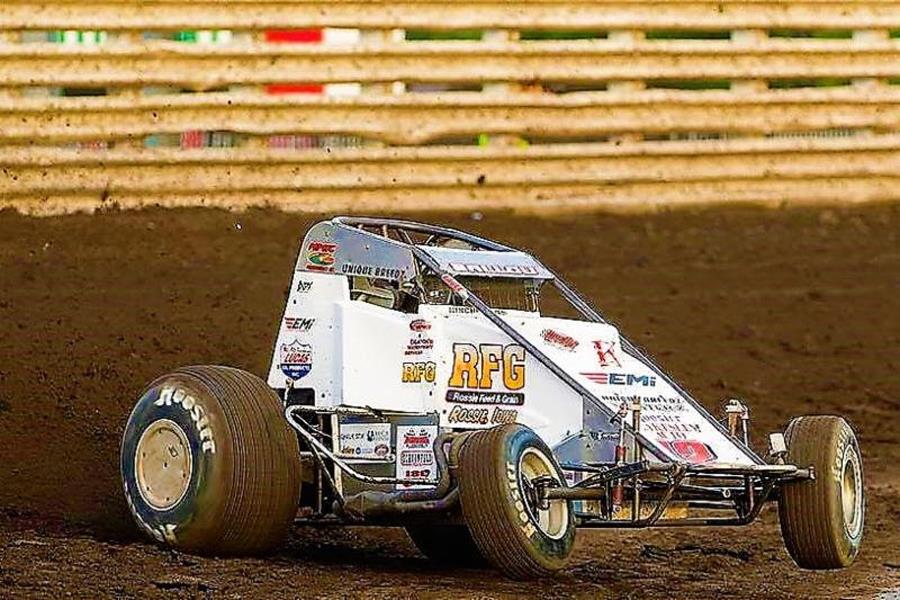 By Richie Murray, USAC Media (Indianapolis, IN) -- As we ring in the month of July and celebrate our nation's independence, the days become longer and the nights more intense.

Once the sun goes down and the lights beam upon the oval of clay, a racer enters the stage, for 30 laps a racer shall play.

The sweat, the grease and the midnight oil all come to the surface, 'cuz when the visor goes down, it strictly becomes business.

The boys and girls of summer are a reminder of what is near and dear. A passion and a dedication for the busiest racing stretch of the year.

Finishing off the month of June is this Friday night's "Bill Gardner Sprintacular" starring the USAC AMSOIL Sprint Car National Championship, the final tune-up prior to the beginning of Indiana Sprint Week on July 7th. This is the fifth year of the Independence Day Weekend event at Lincoln Park Speedway in Putnamville, Indiana, which began with Chad Boespflug earning his first career USAC victory on the Fourth of July in 2013. Since that point, the Hanford, California driver has added a handful more wins, but hasn't reached USAC victory lane since April where he and the Hoffman Auto Racing team notched their first series victory together.

Tucson, Arizona's Jerry Coons, Jr. is the lone two-time winner of the event, capturing back-to-back victories in 2014 and 2015, but it was Robert Ballou of Rocklin, California who snapped Coons run one year ago, wiring all 30 laps for his second career USAC win at Lincoln Park in what ended up being his final series score of the 2016 season.

Lincoln, Indiana's Triple Crown champ, Dave Darland, a five-time USAC Sprint winner at Lincoln Park, needs just one win to break a tie with Sheldon Kinser as the winningest USAC Sprint driver at the track. Avon, Indiana's Jon Stanbrough owns two of his own at LPS while Bedford, Indiana's Brady Short staked his claim in the series' most recent appearance last July.

Despite numerous starts for each, Lincoln Park Speedway hasn't been a cradle of success for the current top-three drivers in the series' standings: Justin Grant, Chris Windom and Chase Stockon.

Ione, California's Grant leads the points by 65, but is hoping to turn around his luck at the 5/16th mile oval located just a bit southwest of Indianapolis. In three starts, he's finished no better than 17th. In 15 series starts this season, Grant has only finished outside the top-four once! Something must give when push comes to shove this Friday.
Windom, second in points, has the most starts of the three with ten dating to his 2010 debut. The Canton, Illinois native/St. Louis resident's fifth-place result at the Sprint Week run in 2013 serves as his best at LPS.

Fort Branch, Indiana's Stockon, third in points, has nine starts at Lincoln Park. In fact, he was the runner-up finisher behind Short in last summer's Sprint Week round.

Friday's event will be the 49th USAC National event at held at Lincoln Park Speedway since the first appearance in September of 1981, won by Sheldon Kinser. The series will hit the mid-century milestone when the Sprints return for Indiana Sprint Week on Thursday night, July 13.

Preceding the event, a drivers meeting will be held in the pit area at 5:30pm with cars set to take to the track at 6pm.